Ever wonder how we got to a place where TV talk shows and women’s magazines seem to obsess over sex advice? Have you ever wondered why so many women seem to be facing a severe drought in the loves lives all the time?

The problem really isn’t women themselves; it’s actually a fact that society has changed so much in the past few decades that both sexes are reeling.

Let’s look a little deeper to find out what the problem is and also, what we can do to change it.

It used to be women had to struggle doing farm work alongside their family – but at least they got some physical activity and fresh food as a diet. In those days, the American woman was able to exercise her body, eat natural foods that were coated in every chemical known to man and even though she was worked just as hard as the rest of her family, she had that family around to support her. Was life perfect in those days? Of course not, but it was a lot closer to the natural state of human life before smog spewing factories arrived and everything got sped up into fast forward.

Then came the 50’s, the age of TV and ‘the homemaker’. What happened here? We had those black and white women prancing about the kitchen making meals with miracle appliances that did everything faster. This woman was all about taking care of her family, too, but she had more time to paint her nails and dress up for her husband – who usually slept in a different bed if you believe what you see on TV. This was an era where women were supposed to be held up as delicate, virtuous creatures that were sensitive and shouldn’t be out doing any kind of physical labor. The idea was to make women’s lives easier, but the fast food that came out then and all the technology to make life better and faster ended up giving us women who faced severe weight problems and health issues that never even existed before. 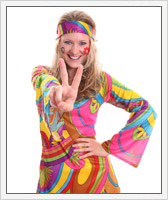 We won’t do this decade by decade, but once women got fed up with being seen as mere wives and mothers, the 60’s brought us the liberated woman who could do whatever she wanted because she was equal to men. So, the world reasoned that if a woman was equal to a man then she could do men’s work – for less pay, of course. This didn’t mean that she wouldn’t need to have children and take care of them just like before, but dresses weren’t required.

Then comes the 80’s and the technology comes at us faster and so do TV talk shows with hostesses who specialize in women and relationship issues. TV and movies begin to show us women who are suffering from horrible sex lives as society becomes obsessed with all these problems women have regarding sex. Why is that?

Well, ask yourself how well those talk shows, advice columns and women’s magazines would sell if women were actually HAVING sex instead of reading about it or watching it be talked about on screen? That’s right, not too well.

This is why products that actually work and work in a natural way have barely seen the light of day. Is Good Morning America going to feature HerSolution Gel or Vigorelle as topical remedies to improve arousal and actually fix the problems women face at the biological level? Not likely – it’s too embarrassing, of course. What about pills such as HerSolution and Provestra that actually improve a woman’s entire biology and help her achieve her own peaks of pleasure in the bedroom? Well, those just aren’t as exciting as dwelling on the drama of the problem.

Don’t let society dictate your love life – far too many women already do that. Use your own knowledge and find a solution that will help your body survive in today’s world and give you the sexual satisfaction you deserve. 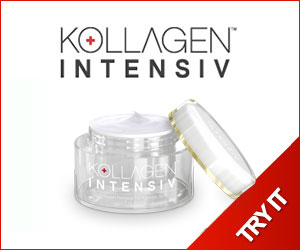